The Mission of Victory Christian Academy is to glorify God through the evangelism and discipleship of students and the pursuit of excellence in education with Christ as our focus and the Bible as our foundation.

About The Victory Voice

As growth of the student body steadily increased throughout the 2010-2011 school year, the need for a student-produced publication became evident. As a result, The Victory Voice was born at the beginning of the 2011-2012 school year.

The mission of The Victory Voice includes the following: to report news to the high school reader in an accurate, truthful manner, to entertain as well as educate the reader on the information presented and to encourage students toward discussion and involvement.

The Victory Voice is currently looking for a sports editor, photographers, and staff reporters for the 2012-2013 school year. If you are a high school student at Victory Christian Academy and are interested, please email us at vcavoice@gmail.com or inquire with Samantha Weiler. 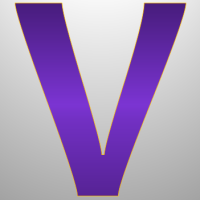